This recipe was made for a collaboration with a big Snowboarding festival in France. I love to combine both of my hobbies: Snowboarding and food ( and it’s not only reduced to be cooking for my adorable snowboarders friends 🙂 ). Gaylord, the boss of the event agency, call me one Saturday evening explaining me the project, he wanted me to create two recipes tribute of the theme they have this year: « So British ». I was excited about this idea because The Rock On snowboard Tour gives access to everyone, kids as well, to snowboarding during 3 weekends. Even though I’m getting older, I still feel part the snowboarding community and such a project is really important to me. 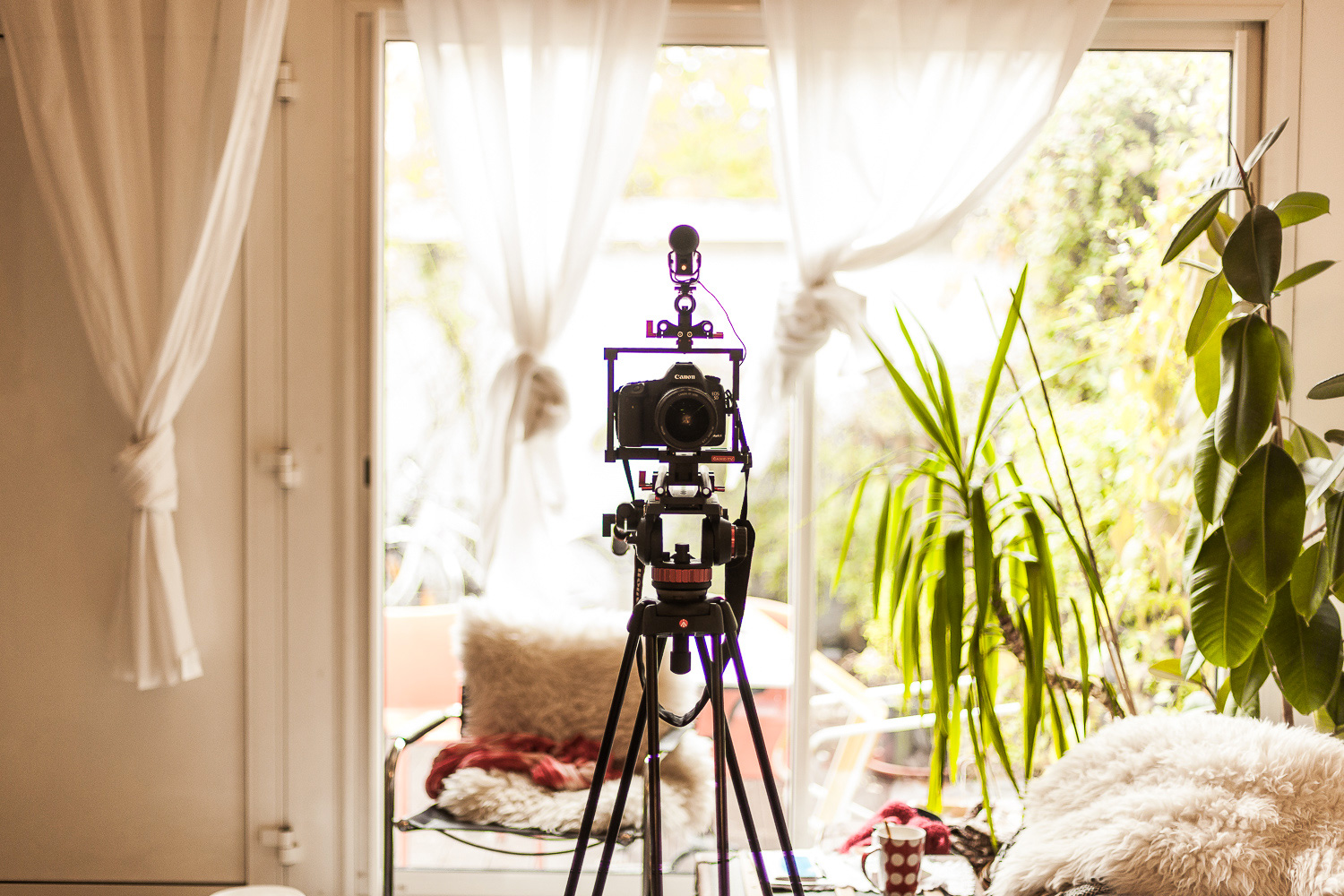 A phone call to my Welsh friends and a bit of brainpower later, I had my recipes in mind. I wanted something vegan, gluten-free and seasonal. I was looking for a delicate yet unusual association of tastes and I came up with this idea of a leek & apple savory crumble like the apple & rhubarb style you commonly get in the UK. The chestnut & hazelnut crumble on top was the perfect addition of flavor on the dish: « Lovely » as they say.
I wanted to thanks my friend & photographer David Malacrida for is patience during this long rainy day in my kitchen. 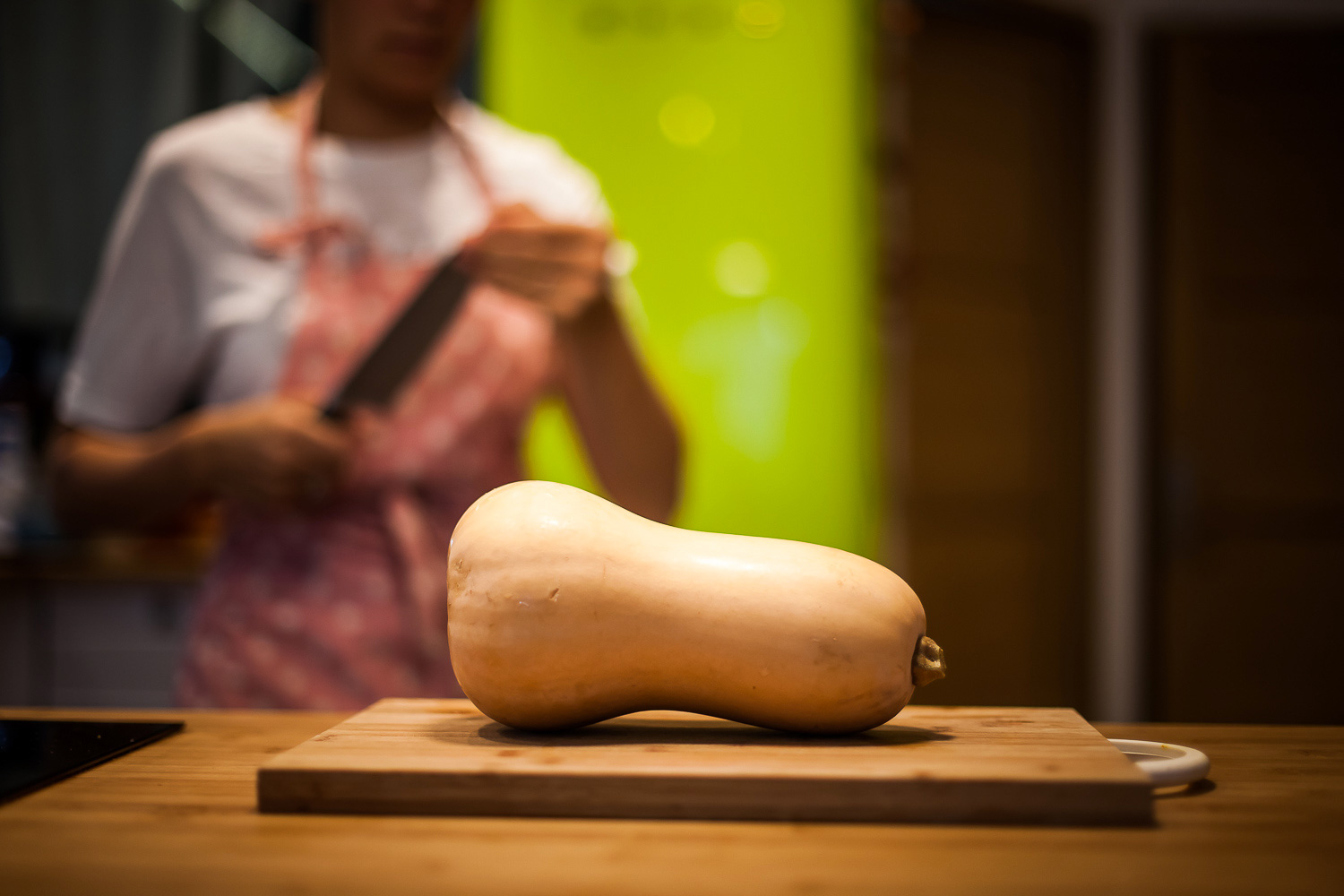 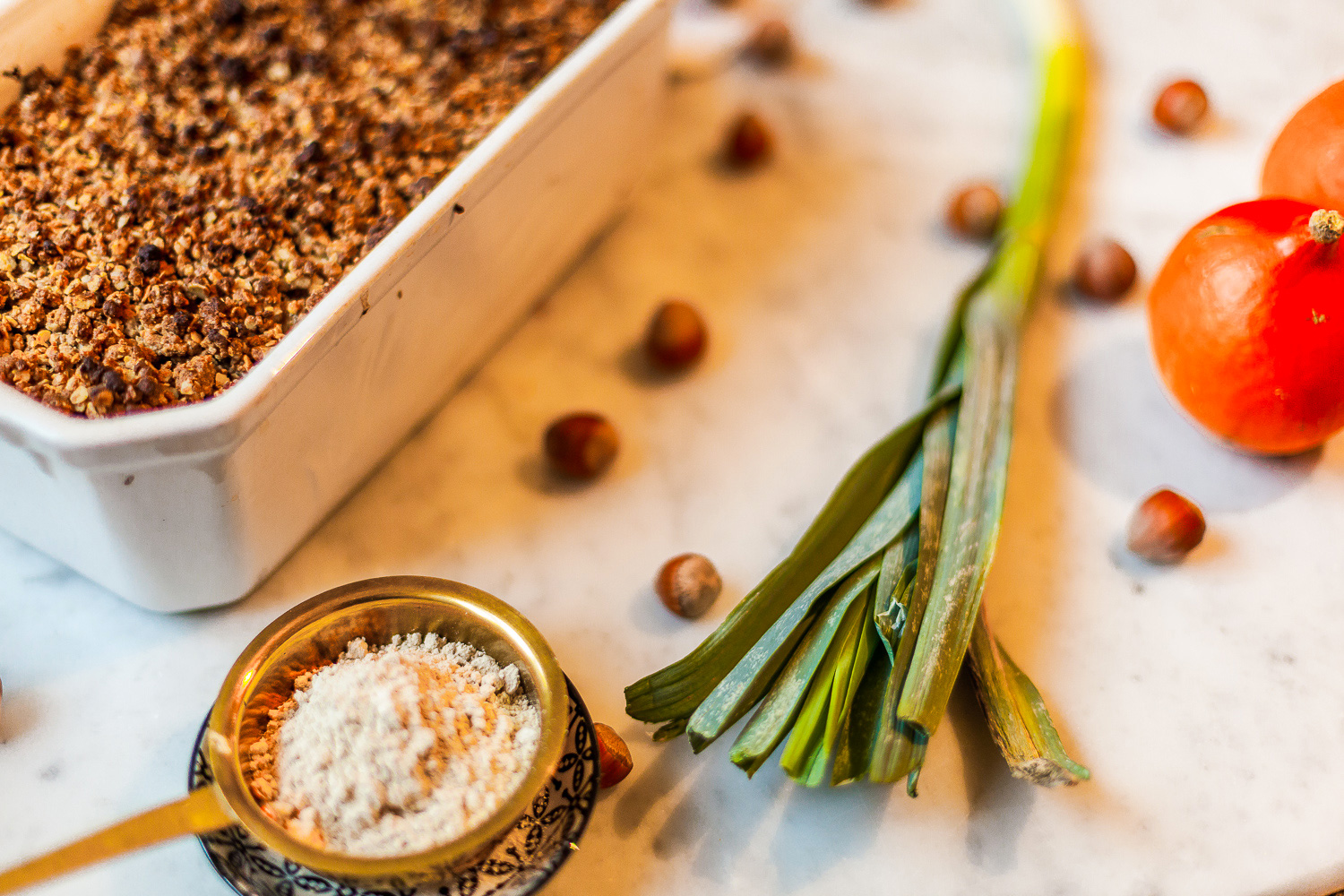